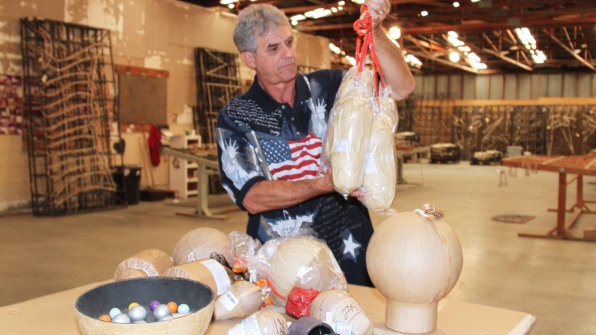 We talk to fifth generation pyrotechnician Jim Souza about the fine art of blowing stuff up.

Jim Souza has blown a lot of things up in his day.

He’s the patriarch and chief show designer of the five-generation Souza family business, Pyro Spectaculars. First founded by his immigrant grandparents, the company is now known for putting on some of the biggest fireworks displays in the world. This Fourth of July, Pyro Spectaculars will put on over 400 separate events in one evening.

Amid his frantic setup on the Hudson River while prepping for the yearly New York City celebration, Souza spent a few minutes talking with us about how his company creates wonder.

Fast Company: Talk to me about how you create shows–do you have to design fireworks themselves, first? Do you choreograph them?

Jim Souza: Everything we do soup to nuts–from the procurement [of shells], shows, technician training, permitting, insurance, set it up, ignite it, launch it, bring it all home again.

FC: Is there a rubric for a typical show?

JS: It’s like creating a motion picture. We like to take an audience from various moods: We can make you proud to be an American, make you stand up and clap your hands, give a tribute to the armed forces, and maybe do a big ballad and paint the sky with golden willows–our signature Souza look–that get your heart pumping and tears trickling down your cheek. 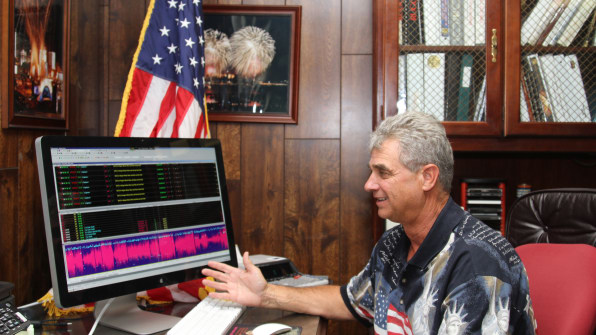 FC: How do you time all the different shells to music, though–they’re different sizes, they shoot up different heights.

JS: It’s built into a computer, but it goes back to traveling the world, looking for new colors and effects every year. We bring them back to our California facility for testing, for quality control, and collect data: the pre-fire time, how long it takes for that particular shell to go to its apex and explode. We measure that, and record it on the computer. But it’s also in the computer of our brain.

FC: You do 1,500 shows around the world each year–how do you make them unique?

JS: The challenge is [not just] making them unique, but tailoring them to the site. If we do 400 shows on this Fourth of July, very few are exactly the same. We’re here in New York on the Hudson River. It could be at the Rose Bowl stadium, the top of a building. Each site is different, so the show has to be designed to fit the venue specifically. Are we [doing] a post-game fireworks show after a sporting event–in which case the show should probably be shorter? People have been at the ballgame for three hours–so in 15 minutes, we can blow their minds and be happy. If you’re at an all-day concert, with the fireworks as the main attraction at the end, maybe we go to 25 minutes.

The size of the shells constantly change [according to] the site. You have a fallout zone, laws and regulations, expectations, budgeting, layering, sometimes you can only shoot five- or six-inch shells–or maybe eight inch, because there are tree lines you have to get above. Or in other cases, buildings have surrounded our former firing site, so we’re showing two- or three-inch shells.

It’s all scalable, but it’s a massive undertaking. We’re not a fast-food chain . . . or CostCo. 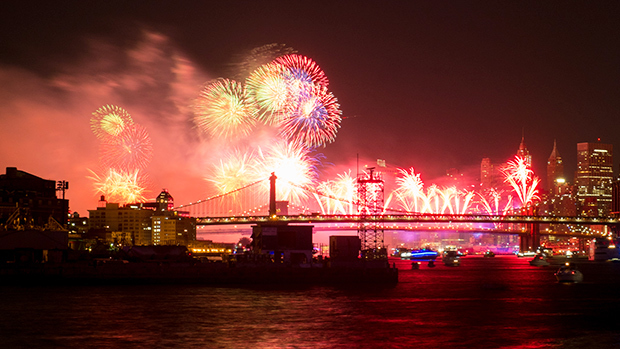 FC: What should audiences expect will be different in shows this year? Will we see new types of fireworks?

JS: In New York, we went from five barges last year to seven this year. That’s a style change. It’s like playing a piano with different chords. One scene will feature a rainbow across the barges, the color spectrum from red to purple. In the design, there’s a way to make things new and different.

We’re also going back to some old -chool roman candles. I think that’s important here in New York. We have fireworks going from barge level, to 150 feet, to shells bursting at 400 feet. That’s a style change that’s new that we’re reintroducing.

FC: Why bring the old school back?

JS: Because it’s something people have lost the art of for a while, and it’s new to work it back in, and give it a layering effect. Last year we pushed everything really high. This year, I want to bring it back to something more focused for television and live audience as well.

FC: Have you ever done a show that looked great on paper, but then you saw it in the air, and thought, “dang, we messed this up”?

JS: The only time this happened, a show recently in Hawaii that was nicely designed with stuff from Japan–very unique products–and we were faced with abnormal surf conditions in Waikiki. And that created problems with the barges [tossing around on the waves]. Everyone saw an awesome show, but I was a bit disappointed. You can’t fight Mother Nature, and that happens every once in a while.

FC: Why do you think fireworks continue to be popular, in the age of Netflix and iPhones?

JS: The answer is really basic. This is a live entertainment feature that’s starring explosives. It’s dangerous business, but we’re blowing things up to create magic in the sky. Ever since cavemen enjoyed a sparkle in the campfire, or looking at the stars, man has had a fascination with fire in the sky.

FC: So are fireworks fun in part because of the implied danger?

JS: I think for some of the technicians it is, but for the audience, they don’t really know that. They know it’s blowing up, they hear the noise–our job is to make it look easy and safe and let them have the thrill of sight and sound and color.