Behind every great company you will undoubtedly find excellent people. Pyro Spectaculars by Souza has the most outstanding team in the industry. From our sales staff to pyrotechnic operators we have the most trained and knowledgeable people in the industry. If you have any particular questions, please feel free to reach out to us.

Jim Souza is one of those rare individuals who understands both the “show” and “business” sides of show business. He learned showmanship from his father, using the magic of fireworks to create the “oohs” and “aahs” that make people happy. Like his great grandfather, “Papagaio,” Jim Souza continues to expand his family’s legacy, now spanning five generations as America’s Fireworks Family™.

Through the years Jim has risen through the ranks to become the President and CEO of one of the world’s largest fireworks display companies, Pyro Spectaculars by Souza. Under his leadership and creative vision, the company has become recognized as America’s premiere pyrotechnic production company. Today, the company stages over 400 shows on the 4th of July including the nations largest display, the Macy’s Extravaganza in New York City, as well as hallmark spectaculars in Boston, San Francisco, Los Angeles and Hawaii.

Jim is considered the pioneer of the new era of fireworks productions, first creating Pyro Musicals using patriotic music and American history to tell the story entitled, “the American Adventure” in fireworks! In 1976, he was creator of the Sky Concert®, fusing the ancient art of fireworks with music broadcast over radio airwaves. These two types of show are now worldwide industry standards.

As President of Pyro Spectaculars, Jim heads a team of executives, managers, leaders, and owners. He take a personal interest in every facet of the business.

The Fourth and Fifth Generations 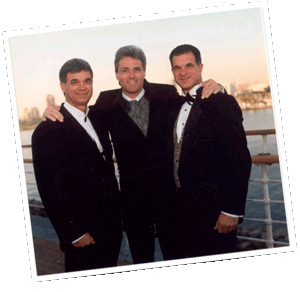 Jim Souza, Gary Souza, and Nancy Souza Gilfillan are proud to carry on the fireworks family tradition started by “Papgayo” in the early 1900s. Along with Nancy’s husband of 29 years, Ian Gilfillan, their day-to-day involvement has helped ensure that every Pyro Spectaculars by Souza production meets the same high standards of performance excellence, creativity, economy for our customers and, most of all, safety.

Jim’s sons Paul and Christopher are well-established in the fireworks business nationally and internationally, and have been joined by Nancy and Ian’s sons Matt and Kevin. (Check back in a few years, because in 2011 we welcomed the birth of our sixth generation Souza!)