The Pyro Spectaculars by Souza family is proud of their professional accomplishments, and their significant role in the active citizenry and leadership of the fireworks industry.

The fireworks industry’s presence in the United States and in the world is known as the American Pyrotechnic Association. From its very inception until today the Souza Family and Pyro Spectaculars have played an integral role.

Through the years the organization has called on a Souza to be their President for three separate terms. Even as Jim Souza completed his second Presidential term he continues to serve on the Governance Committee. Other Pyro Spectaculars by Souza family members have continued to play key roles in the organization, including Ian Gilifillan who sits on the Board of Directors and committee members Gary Brown (Code), Nancy Gilfillan (Convention, Women in Professional Pyrotechnics), Aaron Beargeon (Transportation), and Jon Berson (Vice-Chair, Proximate Pyrotechnics). Kevin Gilfillan also serves as a key member of the NGAP (Next Generation of American Pyotechnics). 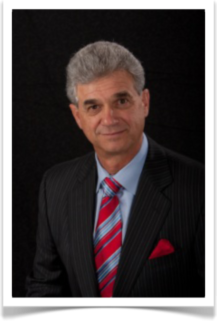 You have to work hard to keep anything in the fireworks industry a secret from Jim Souza, but the staff and membership of The American Pyrotechnic Association did just that when they agreed that Jim should be chosen to receive the highest award given by that prestigious organization. Recognized for his leadership, innovation, and service to the industry. Jim received the “Milton Dropo Award,” named after a fireworks pioneer, and coveted by pyrotechnic professionals throughout the world.

Having served two terms as President of the APA, Jim joined his father, Bob Souza, in the ranks of the APA’s hall of fame.