On July 3rd, 2012, Pyro Spectacular’s very own Gary Souza closed trading at the New York Stock Exchange. While sounding the closing bell simultaneous low level fireworks were displayed. Check out this video to see all the action! 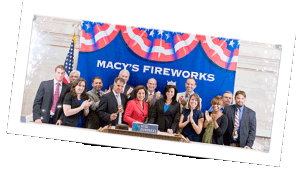