A Watcher’s Guide to the New York City Fireworks

From: The New York Times

Gary Souza learned how to play with fire when he was 12. His father, who ran the family’s California-based fireworks business, would drive out to the countryside to test new shells, taking young Gary along and occasionally allowing him to blow things up, too.

“The joy of being there was that I’d get to collect all the scraps and remnants, make it into something,” said Mr. Souza, 61, now a co-owner of the business, Pyro Spectaculars. “And then go shoot it before we went home.”

Mr. Souza will be shooting off a lot bigger fireworks on Wednesday. For the 36th year, his company is supplying the pyrotechnics for the Macy’s Fourth of July show, the largest Independence Day display in the nation.

In planning that began last July 5, Mr. Souza pulled fireworks from around the world, including the “Margherita” from Spain, “Red Swimming Stars ” from China, and the “Relâmpago” from Portugal. He choreographed how they would appear in the sky, in sync with live music featuring the Army’s West Point Band and Glee Club, and Kelly Clarkson singing “God Bless America.”

Wednesday’s show, the largest in Macy’s 42-year run, will span a mile of the East River from 23rd to 42nd Streets. It will feature 75,000 shells shot from seven barges and soaring up to 1,000 feet. It will have 25 new special effects. And it will all be over in 25 minutes.

Last week, Mr. Souza spoke about how he arranged the show and about some of the fireworks that millions of people jammed along the banks of the river, and watching on NBC, will be gawking at:

This Japanese-influenced firework will be one of the many shot off during the “Golden Mile,” a signature portion of the show that reaches 1,000 feet and covers the entire mile. The technical team will angle the shells off each of the seven barges so that they fill the “amphitheater.” 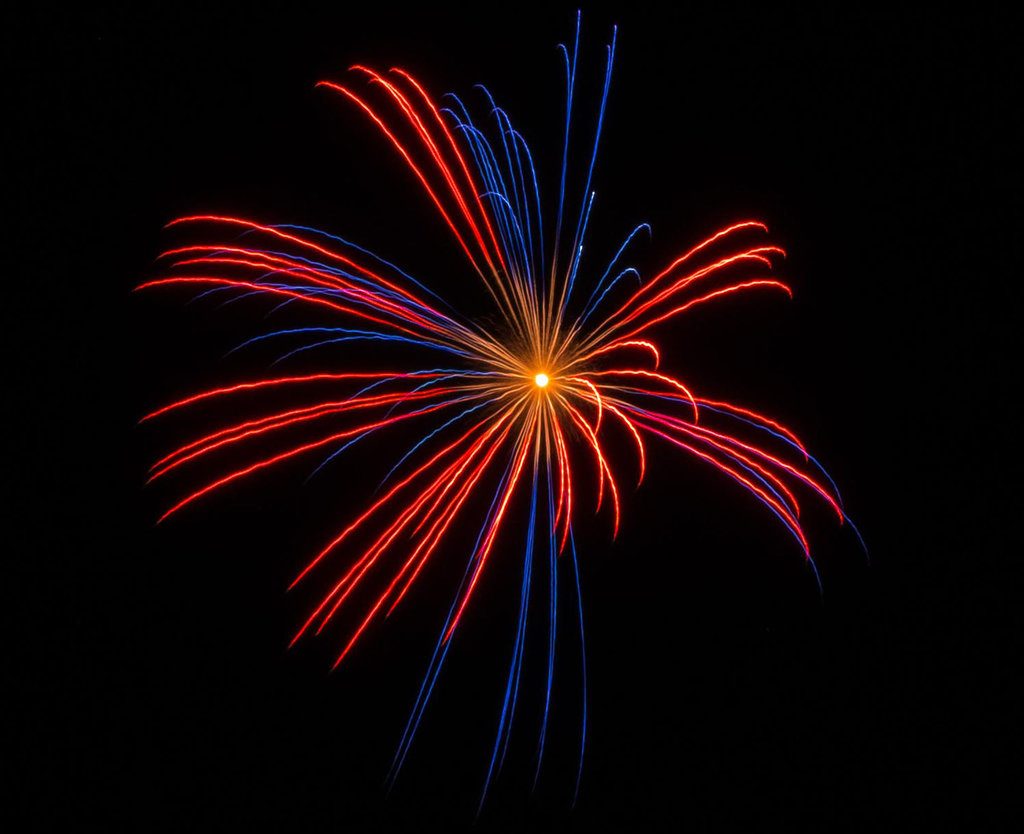 He picked the “Flower Sheet” for its patriotic colors and the pattern it makes in the sky. “It’s red and blue, but in columns and branches, rather than in a cluster of stars,” he said, which livens up the classic song it will accompany, “You’re a Grand Old Flag.”

This explosion of color that will appear during Ms. Clarkson’s “God Bless America” hails from Spain, known for brilliant red, yellow and green fireworks. “Each nation has its own style and presentation,” Mr. Souza explained.

Japanese fireworks are known for stringent geometric shapes, he said, while American fireworks tend to be more asymmetrical, as “if you were to have spilled the fireworks out of a bucket.

Half Lemon, Half Magenta with Crackling Center 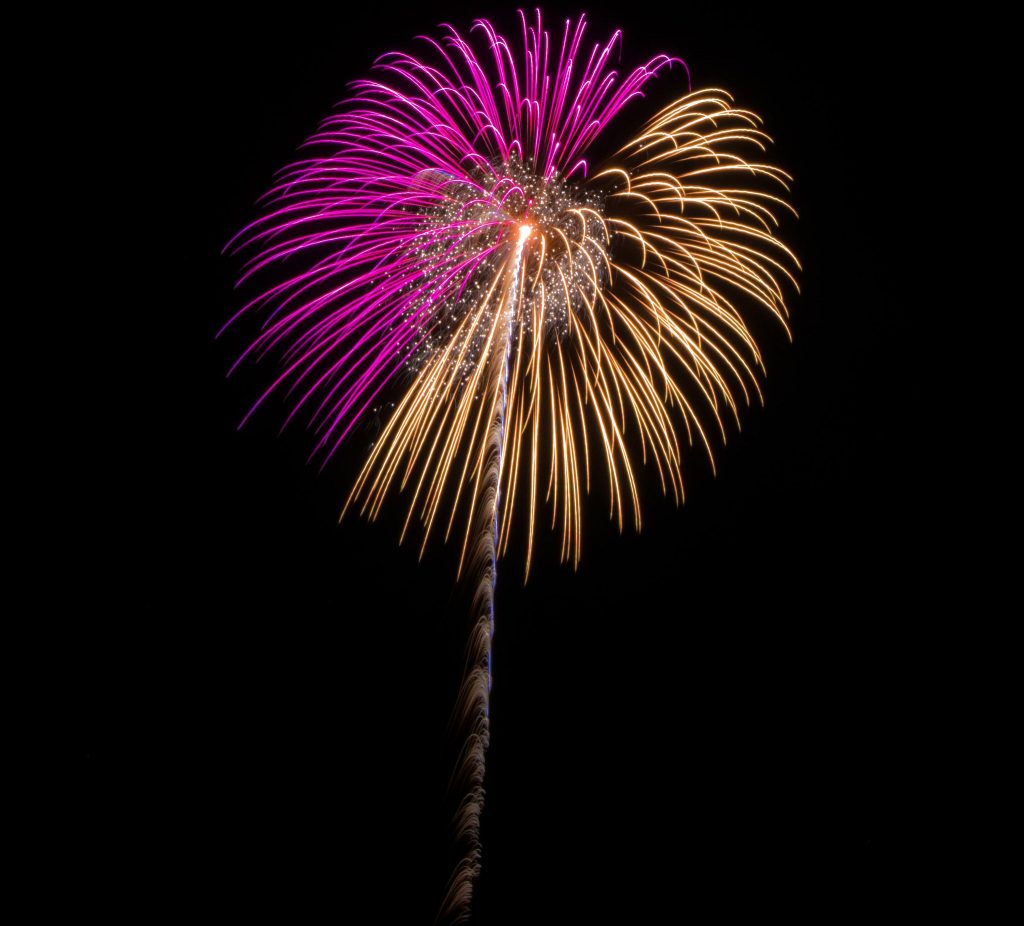 During “Yankee Doodle,” orange, cyan, lemon and magenta-colored shells will reach the peak height of the scene. Just below these, the lemon and magenta fan-like fireworks will appear. The lower layer will complement the layer above.

Mr. Souza creates the tier effect by shooting off different-sized shells from each barge. A rule of thumb for fireworks is that a three-inch shell will climb 300 feet, a four-inch shell will go 400 feet, and so on.

Mr. Souza calls this an “action shell.” It pairs best with quicker songs. “That’s the movement you get with those little bees or the serpents,” he said.

Like all of the show’s fireworks, “action shells” launch through an electronic system. A central computer communicates with computers the barges that send precisely timed signals to each firework via wires. Each signal ignites a built-in match, which meets a lifting charge that launches the firework.

Fifty-five pyrotechnicians will sit in steel containers on the seven barges, monitoring the fireworks’ synchronization to the music and ensuring safety. They can manually stop launches in an emergency. 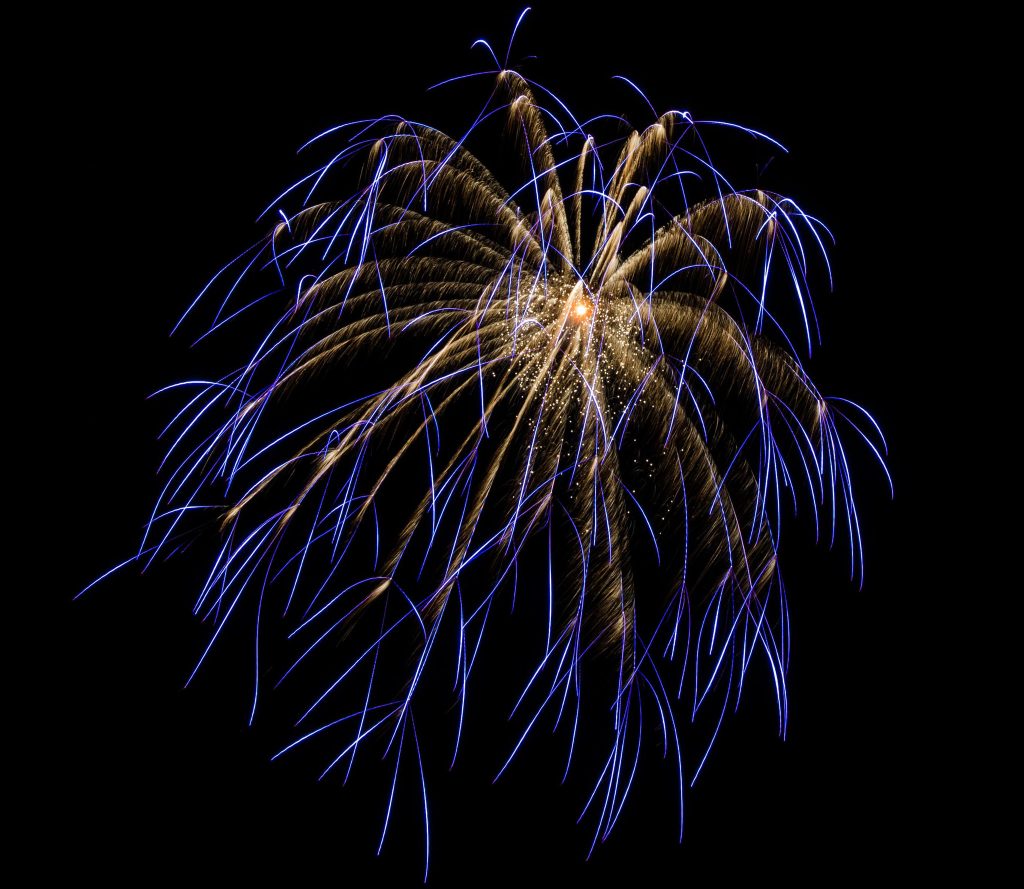 Named for the “X” shapes that this firework showers into the sky, Mr. Souza chose this glittering shell from China to accompany the song “Rhapsody in Blue.”

The palm trees will appear during “God Bless America” in this year’s “Golden Mile.”

“It’s not the palm tree itself,” Mr. Souza said. “It’s the majestic pace of it.”

To coordinate the fireworks with the music, a team tests the shells in the desert, tracking the time between the computer launch signal and the burst. 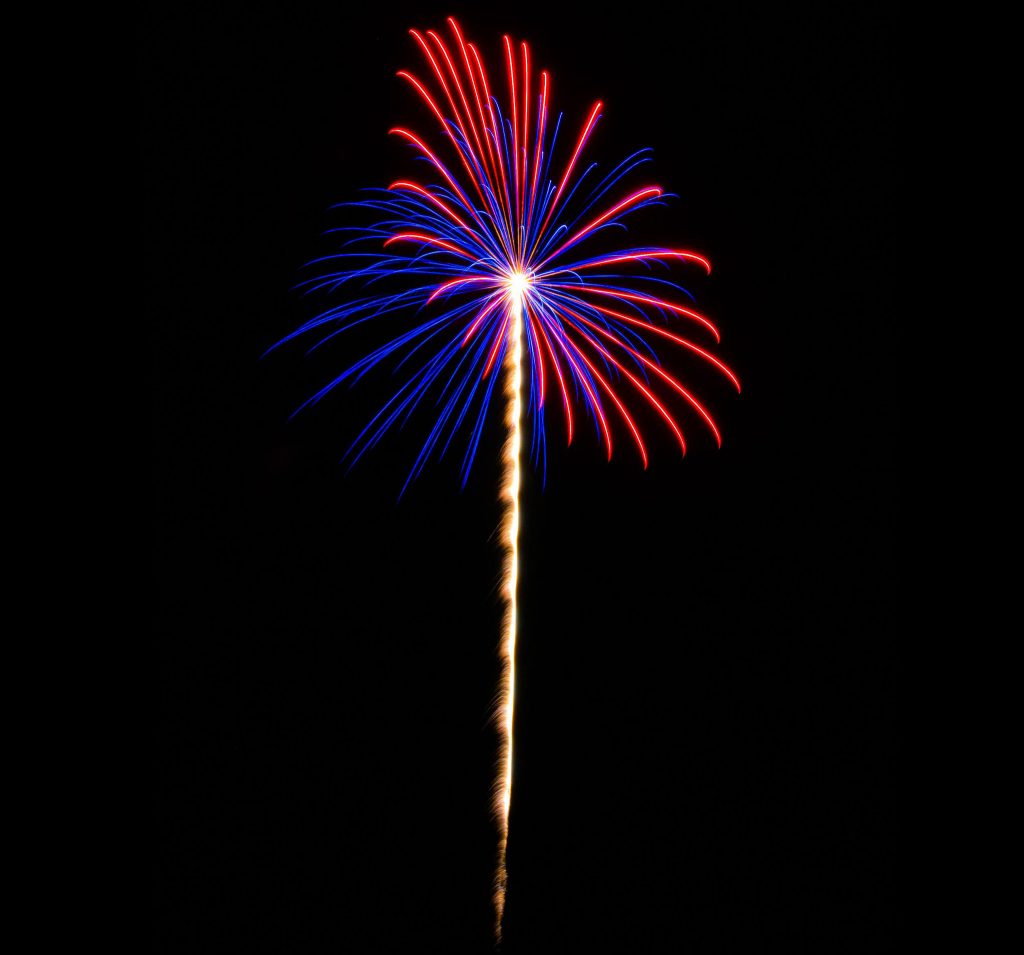 Macy’s honors the five branches of the United States military with sequences that light up in the colors of each one, choreographed to an armed forces medley. This firework salutes the Coast Guard with its colors: red and blue.

Wesley Whatley, the creative producer of the show (as well as the Macy’s Thanksgiving parade), picks the songs while Mr. Souza chooses the pyrotechnics. Besides creating an inspiring musical arrangement, Mr. Whatley said, “one of my jobs is to inspire Gary.”

Shown here are PowerPoint slides that Mr. Souza uses to plan the show. Each slide shows the song and some of the accompanying fireworks.

“It’s such a cacophonic song, where it has all these sort of beats and rhythms and all,” Mr. Souza said. “It led me to feel these pulsations.”

Like other intricate shapes, the happy faces smiley face involves some technical trickery. The face develops shortly after launch, from a base powder that burns black so it is invisible to viewers. Once that powder burns through, a second, color-producing powder ignites, giving the appearance of a face magically materializing high in the air.

Mr. Souza and Mr. Whatley will end the show using three big sequences, with the grand finale painting the sky with 17,000 effects that weigh a combined 15,000 pounds.

“By the time you get the end, the audience is ready,” Mr. Whatley said. “They’re emotionally there.” 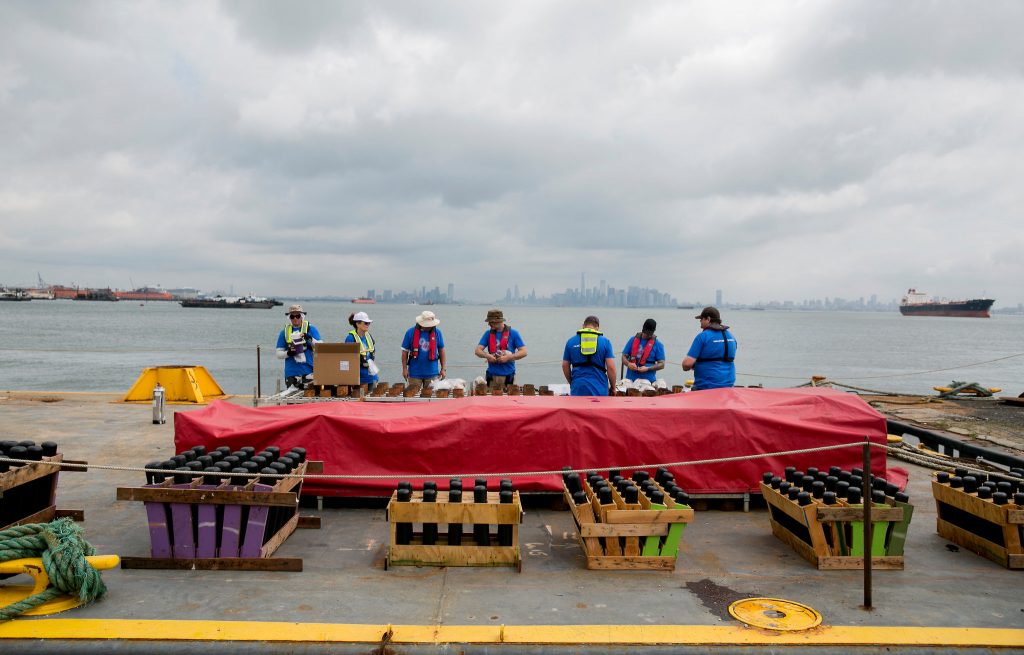 For safety reasons, the team placed the most powerful firework shells — 10 inches in diameter — farthest from the steel containers where pyrotechnicians will work.

When the barges are moved into their assigned positions in the East River on Wednesday, the fireworks will be ready for launch.