‘Firework, Not Fire Fun’: The Serious Jobs Of Pyrotechnic Pros

Home
>
In the News
>
‘Firework, Not Fire Fun’: The Serious Jobs Of Pyrotechnic Pros 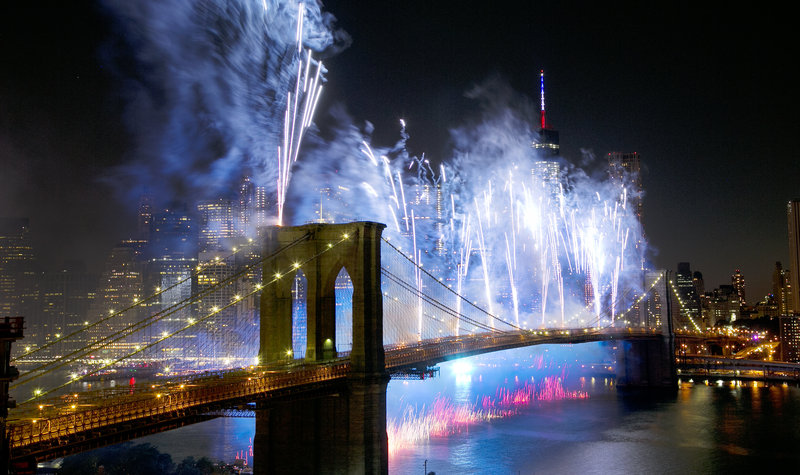 Designing a vast fireworks show is a bit like composing music. There’s the opening to think about, of course, and the grand finale — and all the intricacies with which the colors and displays intermingle in between.

For Jim Souza, the president of Pyro Spectaculars, this is his art.

“The sky is the canvas,” he says, lending another metaphor, “and fire’s my paint.”

Pyro Spectaculars has major street cred in the fireworks business. The company has lit up the sky for Olympic opening ceremonies, the 100th anniversary of the Statue of Liberty and, yes, even Brad Pitt and Jennifer Aniston’s wedding.

But maybe their best-known work is the Macy’s 4th of July Fireworks Spectacular, a giant, televised spectacle on New York City’s East River. It’s the largest fireworks show in the U.S. — but even as big as it is, it’s an even bigger job for those putting the show together. 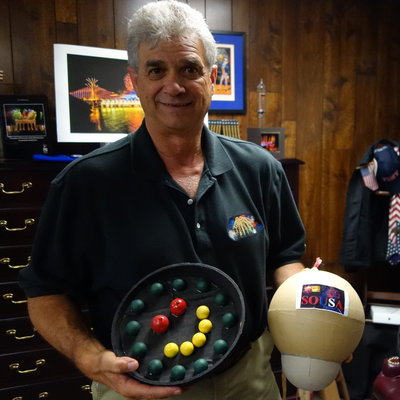 As soon as the smoke cleared from last year’s event, Souza and his brother set to work on planning for 2015. They traveled to Washington, D.C., met with event planners, even sat in while sound engineers mixed new music.

“It’s me and my brother sitting there, telling them, ‘We really like that,’ ” Souza recalls, “or maybe, ‘We can have some more cymbals here ’cause we could have this great big kaboom go on at that very crescendo.’ “

And then, of course, there are the firework shells themselves. Round like a basketball, covered in brown paper and filled with little colored balls called stars, the shells make the effects that, in turn, make the Macy’s show famous. And there are a lot of them: Souza says that in one show, 50,000 fireworks will go off for 25 minutes.

All of this is planned out with tiny blue dots — thousands and thousands of annotations — crowded onto a spreadsheet on Souza’s computer. The blue dots, each one representing a single fireworks effect, splay out like music notes on a page. 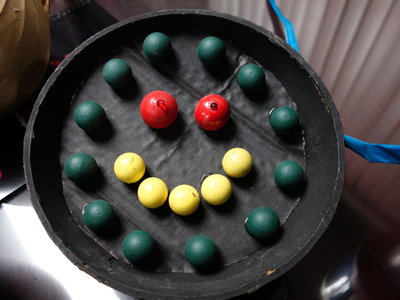 It may sound exceptionally complicated, but fireworks are in Souza’s blood.

“We grew up — not just our job, that’s our family,” Souza says. “That’s what we always grew up with.” Even at 12 years old, Jim Souza was already working on professional fireworks shows. But, as he’s quick to point out: “It’s called firework, not firefun. And so, yeah, when it’s hot and you’re digging trenches: ‘Can I do something else, Dad?’ “

This Independence Day in New York City, dozens of Pyro Spectaculars technicians have been checking every wire, every computer connection, every shell. After all, they only have one shot to get it right. It’s a lot of work, and a lot of pressure, but remember: