Home
>
In the News
>
Flag Day Kicks Off National Celebration 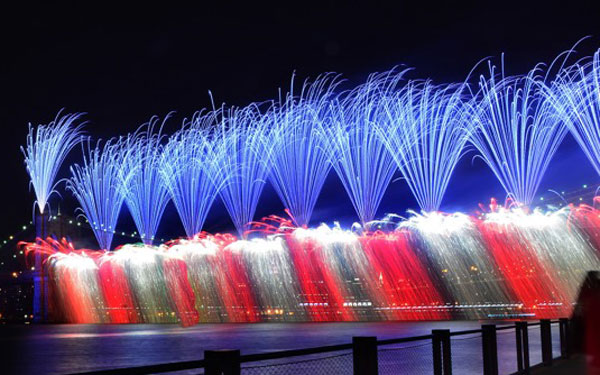 “Let the 21-gun salute begin!” With those words, Pyro Spectaculars by Souza has once again started the countdown to July 4 as we celebrated Flag Day, June 14, in all our operations across the country.

CEO and Chief Creative Officer, Jim Sousa, reported “We are thrilled to once again be celebrating the land of the free and the home of the brave, quite literally from ‘sea to shining sea.'” In addition to continuing the now-iconic execution of Macy’s July 4th Independence Day Fireworks Spectacular in New York (the nation’s largest), the Souzas are well into the final steps of preparation at locations spanning from San Diego to Atlantic City to the Pacific Northwest. This promises to be another Pyro Spectacular year of Independence Day celebrations. 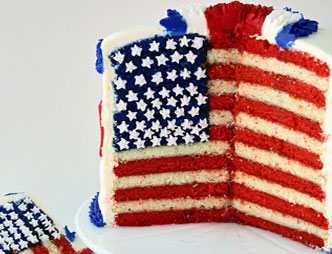 Although not an official federal holiday, Flag Day is celebrated throughout the country with the display of our national banner, as well as parades, picnics, and pyrotechnics. It marks the unofficial opening of the Independence Day Celebration season for patriotic Americans nationwide. 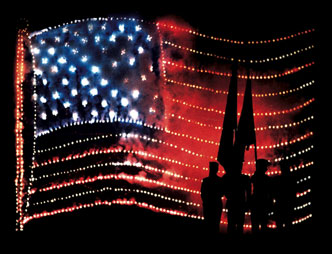 It was on June 14, 1777 that the Second Continental Congress adopted the American Flag. In 1916 President Woodrow Wilson proclaimed June 14 as “Flag Day.” In the words of President Obama, “Over farmlands and town squares, atop skyscrapers and capitol buildings, the American flag soars. It reminds us of our history — 13 colonies that rose up against an empire — and celebrates the spirit of 50 proud States that form our Union today. On Flag Day and during National Flag Week, we pay tribute to the banner that weaves us together and waves above us all.”