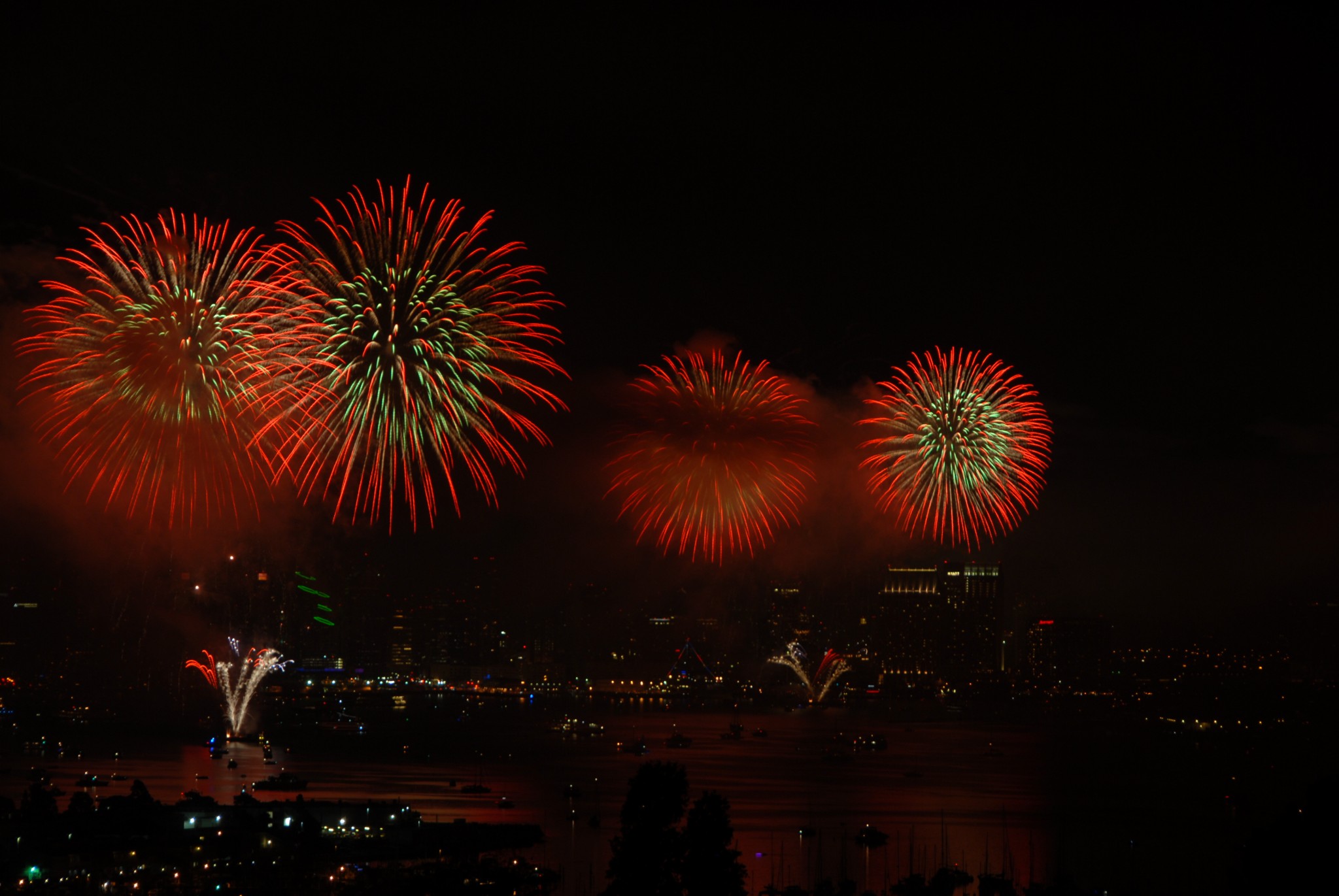 San Diego Bay will light up with the annual Port of San Diego Big Bay Boom July 4th Fireworks Show to benefit the Armed Services YMCA on Saturday, July 4, 2015. In addition, the Port is sponsoring fireworks being launched off the iconic Imperial Beach Pier.

This year’s Big Bay Boom will be the 15th annual show that provides spectacular fireworks to over 500,000 viewers around San Diego Bay at 9 p.m. on Independence Day. With title sponsorship from the Port of San Diego, this show is unique in San Diego because fireworks are launched simultaneously from barges around the bay, providing a spectacular waterfront view.

Sandy Purdon, Executive Producer/Founder of the Big Bay Boom, promises another fantastic show. “The Port of San Diego Big Bay Boom has become the defining San Diego event on Independence Day and it gets better every year. Thanks to the folks at FOX 5 and KTLA, we are able to reach a huge audience with views of the waterfront of San Diego Bay. We are proud that the show benefits military families and wounded warriors through our support of the Armed Services YMCA.”

This iconic Independence Day celebration will be produced by Pyro Spectaculars by Souza under their San Diego Fireworks banner. Show Producer Sam Bruggema promises a display that’s  “more, bigger, and better in every way” for this year’s show. Known as “America’s Premiere Pyrotechnic Production Company™,” Pyro Spectaculars by Souza produces over 300 shows nationwide on the 4th of July, including the nation’s largest display for Macy’s in New York.

San Diegans are familiar with the work of Bruggema and Pyro Spectaculars, having enjoyed their pyrotechnic mastery at Sea World, the world-famous “KGB Sky Show,” special fireworks for the San Diego Padres and Chargers, the Poinsettia and Holiday Bowls, and scores of Independence Day celebrations from Vista and Mira Mesa to Camp Pendleton, Coronado, Ramona, and Spring Valley.

Pyro Spectaculars CEO James Souza touts the Big Bay Boom as “a tremendous feat — blending modern technology with the ancient art of pyrotechnics. It is our West Coast anchor in Independence Day celebrations literally from sea to shining sea.”

Headquartered in Rialto California, Pyro Spectaculars by Souza regularly produces more than 1,500 shows throughout the world.